18-year-old Althea Bernstein. A Black woman in Madison, Wisconsin was reportedly suffered third-degree burns after four white men threw lighter fluid and a lighter at her face while she was in her car. Speaking with Madison 365, Althea Bernstein said the assailants yelled a racial slur at her before the attack.

“I was listening to some music at a stoplight and then all of a sudden I heard someone yell the N-word really loud,” she told the outlet. “I turned my head to look and somebody’s throwing lighter fluid on me. And then they threw a lighter at me, and my neck caught on fire and I tried to put it out, but I brushed it up onto my face. I got it out and then I just blasted through the red light… I just felt like I needed to get away. So I drove through the red light and just kept driving until I got to my brother’s [home].”

“At first I didn’t even believe what had happened,” she said. “I grew up in Madison, on the East side, and my dad would take me to the Farmer’s Market every weekend, on those same streets. It just felt so weird to have these really happy memories there, and then now to have this memory that sort of ruined all of the childhood memories. I never really knew someone could hate you just by looking at you. They didn’t know me. I didn’t know them. I was just driving my car and minding my own business.”

According to the Wisconsin State Journal, police are investigating the incident as a potential hate crime. On Thursday (June 25), Madison police spokesman Joel DeSpain said investigators are looking at surveillance images of the street to see if the attack was captured on camera.

Bernstein will reportedly need continued medical treatment for her burns. Rather than financial support, she asked that people “sign the petitions. Support the movement. Support Black lives.”

Police are urging anyone with information about the attack or Bernstein’s assailants to contact Madison Area Crime Stoppers at (608) 266-6014 or at P3Tips.com. 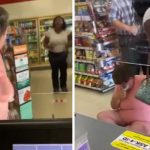 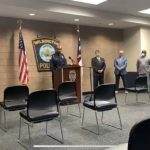