These are the words of a now-former Wilmington Police Department officer Kevin Piner.

He, along with two other officers, have been fired from the department after dash-cam footage recorded two phone conversations — accidentally — and a supervisor conducting a routine audit of the videos found the disturbing content.

Michael ‘Kevin’ Piner, James ‘Brian’ Gilmore, and Jessie E. Moore II were all terminated from the force. The announcement came from the new Chief of Police Donny Williams — not even 24-hours into his first day as chief.

On Wednesday afternoon, members of City Council along with Williams held a press conference to address the conduct of the former police officers. Williams, a nearly 30-year veteran at the department said he was saddened by the actions of the officers, but would have no tolerance for this type of behavior.

“Today is a challenging day for me because as your police chief, one of my first major tasks is to announce the termination of three veteran police officers,” Williams said.

According to the investigation summary, at 6:51 a.m., on a date not listed, Piner and Gilmore are recorded having a conversation.

“Their conversation eventually turned to the topic of the protests against racism occurring across the nation. Piner tells Gilmore that the only thing this agency is concerned with is “kneeling down with the black folks.” Gilmore then said that he watched a video on social media about white people bowing down on their knees and “worshipping blacks,” according to the summary.

The conversation then turned to other police officers in the Wilmington Police Department — black officers.

The audio has Piner calling one of the officers ‘bad news’ and a ‘piece of shit.’

“Let’s see how his boys take care of him when shit gets rough, see if they don’t put a bullet in his head,” Piner said about a fellow officer.

That conversation ends as Piner goes to respond to an alarm call.

According to the summary, “Moore began telling Piner about an arrest he had made at work the day before. During that conversation, Moore refers to the female as a ‘negro’ and a ‘ni—-‘ on multiple occasions.”

He also referred to a magistrate judge, who is also black, as a ‘fucking negro magistrate.’

“At one point, Moore states, “She needed a bullet in her head right then and move on. Let’s move the body out of the way and keep going.” Piner responds, ‘That’s what I have been trying to tell you,’” according to the documents.

After more derogatory comments about the arrestee and the magistrate, the conversation takes an even bleaker turn, as the two officers discuss an upcoming ‘civil war.’

“Piner tells Moore later in the conversation that he feels a civil war is coming and he is ‘ready.’ Piner advised he is going to buy a new assault rifle in the next couple of weeks. A short time later Officer Piner began to discuss society being close to ‘martial law’ and soon ‘we are just gonna go out and start slaughtering them fucking ni—–. I can’t wait. God, I can’t wait.’ Moore responded that he would not do that. Piner stated, ‘I am ready,’” according to the summary.

“Officer Piner then explained to Cpl. Moore that he felt society needed a civil war to “wipe ’em off the fucking map. That’ll put ’em back about four or five generations.’”

After the conversations were discovered police launched their own investigations into the incidents. None of the officers involved denied saying the things they said, according to WPD.

“Each officer admitted it was their voice on the video. They did not deny saying any of the things heard on the video. Each officer pointed to the stress of today’s climate in law enforcement as a reason for their ‘venting,’” according to the investigation. 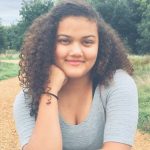 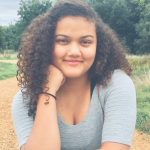