Michael Jeffrey Jordan was born February 17, 1963 in Brooklyn, New York and his family moved to Wilmington, North Carolina when he was just a toddler, where he grew up and went to school.

Jordan is credited with starting the baggy basketball shorts fad. He required bigger shorts because he wanted to continue wearing his University of North Carolina Tarheel shorts beneath his Chicago Bulls uniform during each game.

Jordan won six NBA Championships, made fourteen NBA All-Star appearances, and won five NBA most valuable player awards. He was Defensive Player of the Year in 1988.

Jordan is the most decorated player in the NBA, past or present. He won all of his games in the NBA Finals in which he participated except one.

In 1984, Nike and NBA player Michael Jordan teamed up to launch one of the most iconic athlete-endorsed brands of all time: Jordan Brand 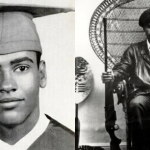 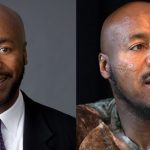