Stop expecting black people to respect a culture, or people who represent a culture, that once held our ancestors in the most brutal forms of human enslavement the world has ever seen.

“I have no respect for your ancestors. As far as your ancestors are concerned, I shouldn’t be a law professor at Georgetown. I should be a slave. That’s why they fought that war. I don’t understand what it meant to be proud of a legacy of terrorism and violence. Last week at this time, I was in Israel. The idea that a German would say, you know, that thing we did called the Holocaust, that was wrong, but I respect the courage of the Nazi ancestors. That wouldn’t happen. The reason people can say what you said, in the United States, is because, again, black life just doesn’t matter to a lot of people.“

This is something many caucasians, especially in America, can’t seem to come to grips with. Their heritage is based on the subjugation of our ancestors. The parts of their history that brought them the most joy bring us the most pain. Nobody is telling anybody what they should or shouldn’t be proud of, the point is, don’t expect black people to accept or respect a culture that promotes the idea of us (melanated people) being less than human and deserving of inhumane treatment. To us, that confederate flag is a symbol of terrorism and inhumanity.

Butler spoke about the call during an appearance on MSNBC’s ‘All In With Chris Hayes’:

“You know some people agree with me on the merit, but they said it was rude to say that I don’t respect that woman’s ancestors. So let me get this right, a white person says to a black person, “I honor the people who wanted your ancestors to be slaves,” that’s fine. A black person says, “I don’t honor those people,” that’s rude. That’s white privilege all over again. And it goes to a larger issue, that when black people talk to white people about white supremacy, we’re supposed to be loving and forgiving. The problem is love and forgiveness are not productive in American politics. That’s not how social change is achieved.“ 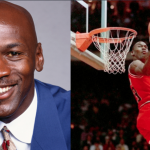 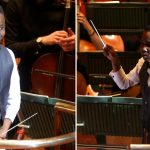