Fox was born in Tryon, North Carolina. She made her big-screen debut playing Katie Bell in the Academy Award-winning comedy-drama film Driving Miss Daisy (1989) starring Morgan Freeman and Jessica Tandy. She later joined the cast of NBC police drama series In the Heat of the Night as of the third season, playing Luann Corbin. She was regular cast member to the series finale in 1995, appearing in more than 100 episodes. In the 1990s, Fox also had supporting roles in films Drop Squad (1994) and Once Upon a Time…When We Were Colored (1995) opposite Phylicia Rashad and Al Freeman, Jr. On television, she later guest-starred on Law & Order, The Sopranos, and Third Watch. Fox also co-starred opposite Phylicia Rashad and Debbie Allen in the 2001 PBS production of The Old Settler.

Fox has appeared on many stage productions during her career. She worked on New York City, Alexandria, Silver Spring, and Atlanta, where she lives. She received Helen Hayes Award nomination for performance in 2002 play Home. Her other stage credits include For Colored Girls Who Have Considered Suicide / When the Rainbow Is Enuf, Antony and Cleopatra, The Comedy of Errors, A Raisin in the Sun, The Colored Museum, The Amen Corner, The Boys from Syracuse, Bessie’s Blues, Little Shop of Horrors and The Rocky Horror Picture Show. She member of Alliance Theatre for many years. During 2014-15, she acted as the lead in play Blues for an Alabama Sky.

In 2013, Fox was cast in the Oprah Winfrey Network prime time soap opera, The Haves and the Have Nots produced by Tyler Perry. She plays the leading role of Hanna Young, the single mother who works as the rich family’s maid and also serves as the best friend and confidante of the lady of the house, Katheryn Cryer (played by Renee Lawless). The series also stars Tika Sumpter, Angela Robinson, and John Schneider. Fox has received positive reviews for her performance in show.

After many years of acting, she scored her lead role on Fall From Grace directed by Tyler Perry.

Trailer for fall from grace below 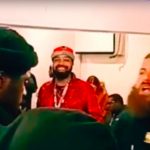 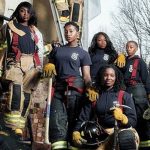