For the first time, Prince George’s County will have a woman as fire chief.

“What I enjoy most about living here, being part of the community and being the fire chief here to serve the residents of Prince George’s County, and that’s what it’s always been about, is about service,” Barksdale said.

“The truth of the matter is although she is a Prince Georgian and she is a female, she will be named as interim chief because she is qualified,” Alsobrooks said.

Green has been with the department 24 years, beginning as a volunteer before becoming a career firefighter. A married mother of a daughter, she believes there is a message in her rise to chief for other young girls in her native county.

Green will lead a majority male department often divided by region and volunteer versus career. She said she’s prepared to manage all of that.

“One of the benefits of being in this department, though, is I’ve come up through the ranks,” Green said. “So the men and women that serve this department, they know me. They’ve seen me come from a lieutenant all the way up to chief deputy.”

Green will be named interim chief upon Barksdale’s retirement in October. Then there is a process to go through with the county council for final approval. 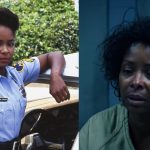 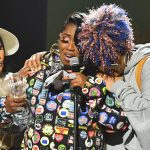