Terrence and Erica Murphy just teamed up and bought a retail strip mall in Asheville, NC. The premise rents out spaces to Buffalo Wild Wings and Starbucks.

Terrence mentioned in an Instagram post that both him and his wife were raised by single mothers and got through college using scholarships. Terrence and Erica defied all odds including their humble backgrounds and started investing in real estate from the tender age of 23 and 25 respectively. The duo purchased the premise directly from the property developer and have leased spaces in the premise to two huge food and beverage enterprises.

Terrence is a graduate of Texas A&M University while his wife is a graduate of the University of Texas at Austin. Besides academics, Terrence was also a football player in college. He was a drafted NFL player until he encountered an injury that temporarily paralyzed him forcing him to early retirement.

While speaking to Because of Them We Can, Terrence mentioned that after this incident, he had to educate himself especially when it comes to financial literacy. He officially retired from sports in 2007 and said that Robert Kiyosaki’s book “Who Took My Money” transformed his life completely.

Terrence and his wife began by purchasing rental housing, refurbishing, and redeveloping them then later putting them up for rent. This way, the duo acquired real estate licenses and later registered their own brokerage firm by the name TM5 Properties.

The couple at first purchased a pair of ramshackle apartments. They have learnt a lot and expanded their business venture over the past ten years. Currently they own eight real estate firms. The couple encourage other people to seek more income-generating opportunities instead of focussing on a single source of income.

Moreover, they recommend investing in appreciating properties as well as income-generating assets.

The most admirable values we can all borrow from the couple are determination and persistence. According to Terrence, to become an expert in real estate one needs to seek knowledge and stay true to the journey. One can learn by reading informative books and listening to educative podcasts. 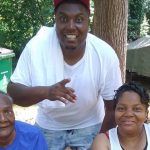 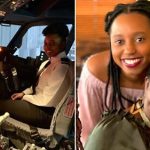