Krissah Thompson has been named a managing editor at The Washington Post, the first Black woman to hold the role in the news publication’s history.

“Krissah will be in charge of ensuring significant, consistent progress on diversity and inclusiveness in everything we do – our coverage of race, ethnicity and identity as well as improved recruitment, retention and career advancement for journalists of color,” the Post said in an official statement.

The timing of Thompson’s hire is not coincidental. Her appointment was announced alongside more than a dozen new positions at The Washington Post in June. These opportunities were created as a result of the wake of a national movement sparked by protests over racism and police brutality.

“This is a historic moment in American history and in race relations. It requires us to re-examine our coverage and concentrate resources on the issues of race, ethnicity, and identity that clearly deserve heightened attention,” says Barron.

Thompson, 41, has an extensive two-decade professional history with The Post. With her promotion, she joins the masthead as of one of four deputies and becomes the first Black woman to be a managing editor in The Washington Post’s 143-year history.

In her new role, she will lead newsroom efforts in recruiting, hiring, promotion, and mentorship.

“A diverse staff makes our reporting better,” Thompson said in an interview with The Post. She continues, “We’re better when we have more perspectives and we can cover communities as deeply and widely as possible. 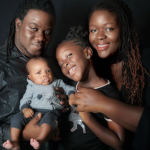 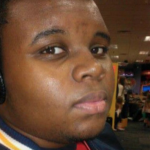