A new review of the 2014 police shooting in Ferguson, Missouri, of 18-year-old Michael Brown has concluded that no murder or manslaughter charges against former officer Darren Wilson are warranted.

The five-month secret review of the August 2014 fatal shooting led St. Louis County Prosecuting Attorney Wesley Bell to conclude he couldn’t prove those allegations in a court of law, he said Thursday.

However, Bell said, “Our investigation does not exonerate Darren Wilson.”

He said the reinvestigation into the actions of Wilson, who is white, for the death of Brown, who was Black — which sparked unrest in Ferguson long before America had learned the name of George Floyd — was necessary.

“Because of the significance of this case to this community and because the family asked, I believed it was necessary to conduct a reexamination of the evidence in the case and come to our own conclusion,” Bell said.

Bell said thousands of pages of documents, including witness statements, forensic reports and other evidence, were examined in his review.

“The question for this office was a simple one: Could we prove beyond a reasonable doubt that when Darren Wilson shot Michael Brown he committed murder or manslaughter under Missouri law,” the prosecutor said. “After an independent and in-depth review of the evidence we cannot conclude that he did.” 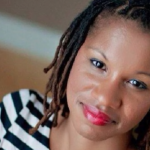 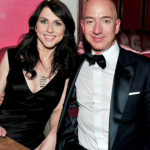