Keeda Haynes was once convicted of a felony. Now, she is running for Congress in Tennessee in hopes of ousting 17-year incumbent Democratic Rep. Jim Cooper.

If elected Haynes would be the first black congresswoman from the Tennessee, but that is not all that makes her story unique. The progressive Democrat who is currently in a three-person primary race has been on both sides of the law. Two weeks after she graduated from Tennessee State University with a degree in criminal justice and psychology, her parents dropped her off at prison. She spent nearly four years there on marijuana charges, of which, she maintains her innocence.

Haynes says, “I had to find things to do while I was there since they had nothing for anybody to do in prison that didn’t need a GED or didn’t want to do some type of blue collar manual labor once you got out. So I had people send me in books, so that I could study the LSAT while I was there.”

She worked with her attorney as his law secretary and attended law school at night after her release.

Once she passed the bar exam, she had to go in front of the American Bar Association board to be allowed to practice because of the felony on her record. Haynes went on to practice as a public defender for over six years before making the change to work for a nonprofit focused on social and racial justice for those who are incarcerated or have been formerly incarcerated.

She remembers a time when she wrote a letter to Cooper, whom she’s challenging in the primary for his House seat, offering to work with him and other members of Congress on criminal justice reform.

“I met with him for 15 minutes and then I never heard anything else from him.” Haynes recalled. “Looking at the inaction for everybody in this community I started to say, ‘We’ve got serious issues here, in this district and in our community and we need somebody in Washington that first and foremost understands that.'” Cooper responded to Hayne’s comments in a statement.”In 2016 I received a letter from Keeda Haynes requesting to meet, and we did,” he said. “She was passionate about criminal justice reform, and I was already working on voting rights issues — including restoration of rights for formerly incarcerated individuals — so we had a good discussion. I have continued to work with local judges and our DA on these issues, and we are making progress in Nashville.”

Although, Haynes would be making history if she wins the August 6 primary, she says the fact that a Black female candidate has never been elected in Tennessee is disappointing.

“I don’t even focus on being the first Black female or any of that kind of stuff. I’m just focusing on trying to win — trying to get to Congress so that we can all have a better quality of life and so our communities can really experience the healing and the justice that we are all calling for.” 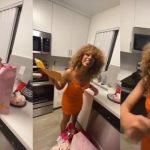 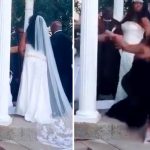