The first-ever surviving set of African American sextuplets in history have graduated from high school, with all six headed to college to further their education in the fall.

Chris and Diamond Harris from Birmingham, Alabama welcomed their six babies in 2002, with Diamond delivering via C-section at 26.5 weeks.

Nearly 18 years later, they are all grown up and officially high school graduates, and achievement they celebrated together last week.

In photos from the special day, the four boys and two girls don matching blue caps and gowns and smile proudly on their front steps.

‘The morning of the ceremony, I sat in bed looking at their baby pictures and felt depressed,’ Diamond, 45, told Today. ‘It’s going to be too quiet.’

‘These kids have been my life for almost 18 years. They have been my reason,’ added Chris, 46. ‘I keep reminding myself it’s just going to be different, but everything will be OK.’

The sextuplets turn 18 on July 8, and the next month, they’ll pack for the next stages in their lives.

Kaylynne will go to Alabama State University for its physical therapy program.

Kyle, who has autism, will do a life skills program.

The Harris sextuplets have been followed by the media since their birth in 2002. Diamond, a nurse, already had a five-year-old from her first marriage when she was prescribed fertility drugs by her doctor.

When she first got the news that she was pregnant, she was told she was having twins. But a sonogram later showed them they were actually having five children.

Then Diamond developed a blood clot on her lung. She went to stay at University of Alabama Hospital in Birmingham, and at just 26.5 weeks along, she had to undergo a C-section.

It was only during delivery that doctors found out that they were actually sextuplets.

At birth, each weighed between 1 lb. 3 oz. and 1 lb. 12 oz., which is normal premature babies, but doctors warned the parents that the first few days were the most dangerous.

The children remained in hospital for about about three months and were finally released at the end of October.

During a Dateline interview in 2003, Diamond said that she went through 60 disposable diapers and two cases of formula every day.

This is Black excellence!!! 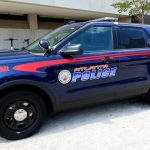 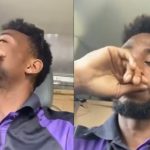