Jahkil Jackson, an 11-year-old Chicagoan, has helped over 20,000 homeless people with his “blessing bags” through his organization Project I Am.

He tells kids they don’t have to wait until they become adults to help people and to “dream big.”

Jackson has been recognized by former President Barack Obama, as a most influential person in 2017, and was also named a Youth Ambassador for Heartland Alliance in 2016, one of the world’s leading anti-poverty organizations.

When Obama tweeted about him, Jackson said, “I played it cool.” But when he was invited to a reception where Obama made a surprise visit, he said he was nervous.

“To know that someone like him knows my name, and supports what I do encourages me to keep moving forward every day,” he said in an interview. 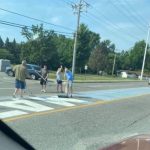 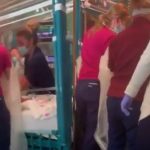