In the wake of two Thursday evening arrests in the connection with the shooting death of Ahmaud Arbery as he jogged through a neighborhood near his home in Brunswick earlier this year, attorneys representing his family voiced continuing concerns about law enforcement response to his death.

Civil rights attorneys Ben Crump of Tallahassee, Florida, and S. Lee Merritt of Philadelphia, who represent Arbery’s father and mother, respectively, had more questions Friday. What took so long? And why only two arrests? What about the third person who watched the shooting and videotaped it with a dashboard camera?

The case exploded into the national spotlight Tuesday after the lawyers began sharing on local and social media a video of the shooting.

“I believe that the video was all the probable cause you needed to arrest this murderous father-son duo,” Crump said in a television interview from his office in Tallahassee. “Those arrests took 74 days.”

Crump said law enforcement officers had seen from the beginning the video taken from the dashboard of a vehicle trailing behind Arbery as he jogged down a Glynn County road on Feb. 23. The video shows a pickup truck stop in the road just ahead of Arbery. As Arbery, who was black, approaches and tries to run around the truck, two white men jump out. One points a shotgun at Arbery. The other stands in the back pointing a handgun. Shots are fired. Arbery keeps trying to run away but falls in the road a few steps in front of the truck, never to regain consciousness.

“Law enforcement officers saw the video because they had it from day one in February,” Crump said. The Thursday arrests came only after the video went public Tuesday—the same day Crump took on the case.

“It’s because we saw the video,” Crump said. “That’s why we got an arrest finally after all these days—even though these men chased him with a shotgun and a .357 magnum, and they executed Ahmaud Arbery in broad daylight.” 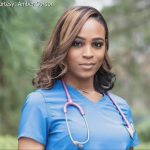