Born in Atlanta, Texas in 1892, Bessie Coleman grew up in a world of harsh poverty, discrimination and segregation. She moved to Chicago at 23 to seek her fortune, but found little opportunity there as well. Wild tales of flying exploits from returning WWI soldiers first inspired her to explore aviation, but she faced a double stigma in that dream being both African American and a woman.

She set her sights on France in order to reach her dreams and began studying French. In 1920, Coleman crossed the ocean with all of her savings and the financial support of Robert Abbott, one of the first African American millionaires. Over the next seven months, she learned to fly and in June of 1921, the Fédération Aéronautique Internationale awarded her an international pilot’s license. Wildly celebrated upon her return to the United States, reporters turned out in droves to greet her.

Coleman performed at numerous airshows over the next five years, performing heart thrilling stunts, encouraging other African Americans to pursue flying, and refusing to perform where Blacks were not admitted. When she tragically died in a plane accident in 1926, famous writer and equal rights advocate Ida B. Wells presided over her funeral. An editorial in the “Dallas Express” stated, “There is reason to believe that the general public did not completely sense the size of her contribution to the achievements of the race as such.” 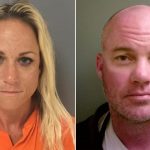 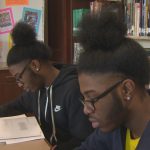