18-year-old Adelakun has earned the highest recorded GPA at the Hollywood school.

“It’s good, especially the history breaking part, that me being the first black valedictorian, and also me having the highest GPA in my school,” Adelakun said. “It’s good to know.”

Adelakun said his grades excelled early on in his life, and he kept them up ever since.

“South Broward sets you up to start off with college-level courses, so you’re pretty much in a good position GPA wise,” he said. “South Broward High School, which is an Ace Program school, and each Ace class is a college credit. At the same time, they offer AP courses and at the same time they offer Broward College courses.”

Adelakun said he has been taking all three of the courses offered during his time in high school.

“I’ve been taking over 20 college courses worth of credit, and because of that, my AP credits, my Ace credits and my dual enrollment credits boost my GPA,” he said.

He balances out the stress from his STEM classes with his love of theater.

“When I was in high school I was always like the STEM-focused kid. I was in calculus and biology, but at the same time I was doing extracurricular drama club/Thespian Honors Society,” Adelakun said. “Through there I’ve been doing shows and competitions. Through that love of theater, I’ve found a way to do both at the same time.”

When it came time to pick a college to attend, Adelakun had many options to choose from.

Due to the COVID-19 pandemic, Adelakun wasn’t able to visit and tour the college campuses, so he had to make his decision from home.

“I’m going to attend Pomona College,” he said. “The school gave me a full scholarship, so if I go there it’s covered for.”

The Pomona College campus is just outside of Los Angeles, which is a prime location for Adelakun’s interests.

“I chose that school ’cause it’s liberal arts, and I’m able to double major,” he said. “I’m doing molecular biology and theatre. As of now, I’m thinking I could like merge my love for the arts and maybe biology at the same time, like in the field of orthodontistry that uses aesthetics and biology at the same time. But as of now I’m really open, I’m not really sure set on anything.”

Adelakun was also not able to attend graduation with his classmates due to the spread of the virus, but he is ready for his next adventure regardless.

“I’m excited to go onto new heights and kind of go out of my comfort zone,” he said. 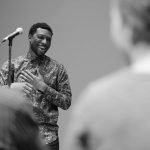 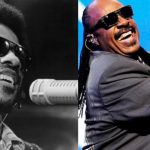