The sister of the man charged with gunning down Ahmaud Arbery said she posted pictures of the unarmed black jogger’s dead body online because she is “a true-crime fan,” according to a new report.

Lindsay McMichael, 30, admitted posting an unedited image of a blood-soaked Arbery lying on the street in Brunswick, Georgia, on Snapchat but said she meant no harm, the Sun reported Monday.

“I had no nefarious or malicious intent when I posted that picture,” she told the outlet. “The thing is I’m a huge fan of true crime — I listen to four or five podcasts a week — I’m constantly watching that sort of thing.”

“It was more of a, ‘Holy s–t, I can’t believe this has happened,’” she added. “It was absolutely poor judgment.”

However, a lawyer for Arbery’s family called the image “deeply disturbing.”

“The picture Lindsay McMichael posted was very disturbing and very disturbing to the family,” attorney S. Lee Merritt told the Sun. “It actually fits the pattern of the McMichael family engaging in a weird, violent form of voyeurism.” 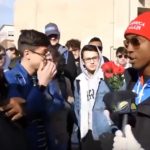 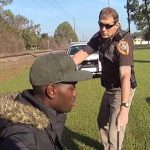