The FBI has been called to investigate after a man died Monday night in south Minneapolis after an encounter with Minneapolis police.

In a statement early Tuesday, police described what happened as a medical incident. However, a video posted on social media shows an officer kneeing a man’s neck to the ground for several minutes. Before he goes unconscious, the man, who is black, repeatedly tells officers he can’t breathe.

At a press conference Tuesday morning, Minneapolis Mayor Jacob Frey alluded to the graphic footage, saying: “I believe what I saw, and what I saw was wrong at every level.” 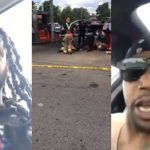 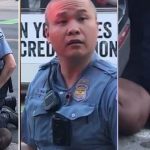