After holding the top spot in tennis, Naomi Osaka is now the highest-paid female athlete ever.

The 22-year-old tennis star made $37 million in earnings in the past year. The sum is made up of prize money and endorsements, Forbes reports. The total is $1.4 million more than Serena Williams, making it an all-time earnings record for a female athlete in one year. The record before Osaka was held by Maria Sharapova at $29.7 million in 2015.

Osaka is No. 29 and Williams is No. 33 among the 100 highest-paid athletes. The full list will be available later in the week.

“To those outside the tennis world, Osaka is a relatively fresh face with a great back story,” says David Carter, a sports business professor at USC’s Marshall School of Business. “Combine that with being youthful and bicultural, two attributes that help her resonate with younger, global audiences, and the result is the emergence of a global sports marketing icon.” 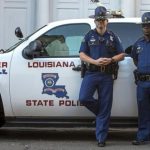 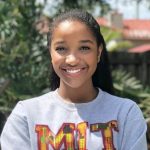