A police officer from Kaplan, Louisiana was fired after he suggested it was “unfortunate” more black people haven’t died from the coronavirus. Smh.

CAN YOU BELIVE THAT??

According to reports from local CBS affiliate KLFY, the officer, Steven Aucoin, wrote the horrible comment on a live Facebook chat with Louisiana Governor John Bel Edwards. Now, according to Kaplan’s police chief Joshua Hardy, because of Aucoin’s comments, he was investigated and subsequently fired.

The whole thing went down when another user in the live chat commented, “Virus that was created to kill all the blacks is death,” Aucoin replied to this, writing, “Well it didn’t work” and following that up with a second comment that read, “How unfortunate.”

While trying to defend Aucoin, Louisiana native Joshua Brothers suggested that the officer’s comments could have been taken out of context.

“The newest update [to Facebook] doesn’t put the comments in consecutive order like it used to,” he claimed. “It’s not a timeline thing. Relevant, newer comments might be above. Some comments aren’t listed at all.”

This is just ridiculous! 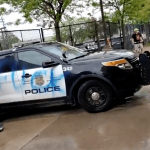 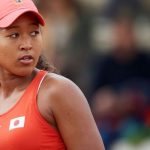