Jason D. Norman, 41, was charged Friday with counts including felony domestic battery and criminal confinement after allegedly abusing his wife on several occasions, Hamilton County prosecutors said in court records. Norman beat his wife up so bad, her eye was “coming out of its socket,” court records show.

Norman’s wife, who lost her right eye in February, couldn’t recall details from the day of the injury but told investigators of the bruises on her legs and the broken nose she sustained during previous beatings, court documents show.

Norman, who was not charged with causing the injury to his wife’s eye, told dispatchers her eye was “coming out of its socket,” the affidavit shows.

She later had surgery at a hospital but told cops a week later she couldn’t remember “salient details” from the incident.

Then, in August, Norman grabbed his wife’s legs and pulled her off the couch as he watched a “political show,” thinking she had said something, she told investigators.

“[Norman’s wife] likened the way Jason David Norman pulled her off the couch to the way you would pull-start a lawnmower,” the affidavit reads.

“Just walk it off, it’s gonna be fine,” Norman told his wife afterward, according to court records. “You’re going to be fine.”

Indianapolis Police Chief Randal Taylor has recommended Norman, who has been placed on unpaid leave, be terminated, WTHR reports.

“No chief wants to be faced with the prospect of arresting their own officer, but law enforcement has a responsibility to do what is right and a sworn duty to protect our community,” Taylor’s statement read. 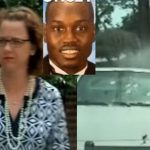 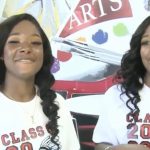