Economist Stephen Moore, who is on President Trump’s council tasked with reopening the country, said he is helping plan a protest of Wisconsin’s state-at-home order and compared those protesting such directives to Rosa Parks.

“They’re going to shut down the Capitol. Shh. Don’t tell anybody,” Moore said of those protesting the order.ADVERTISEMENT

“This is a great time for civil disobedience. We need to be the Rosa Parks here and protest against these government injustices,” he added later. 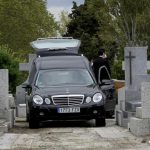 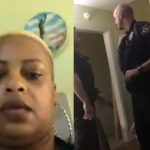