6 people in South Carolina have died from COVID-19 after going to the same funeral.

They went to the funeral during the first week of March, The Daily Beast reports. This was before the CDC said its social distancing directives to funeral directors on March 16, which advised funeral homes make live-streaming available for ceremonies.

The funeral had taken place in Kershaw County, which surrounds Camden, South Carolina. A married couple—both over the age of 60—was part of the group that passed away. They died days apart from each other.

“They attended that same funeral and unfortunately passed away from COVID [19],” coroner RobbieBaker said of the couple. “They came back to Sumter, got sick, and I was notified they had passed. Unfortunately, a large amount of people congregated at that funeral, somebody there was infected with it, spread it, and just didn’t know it.”

The other four people who died were also over the age of 60—a group that’s at high-risk to contract the virus—and were all black. Coronavirus has hit the elderly and black the hardest in South Carolina and across the U.S.

Several of those who attended the funeral have self-quarantined.

Earlier this week, information surfaced of the first person contracting COVID-19 from an infected dead body. At this point, little is understood about how long the virus can live in dead bodies or how it’s passed on once a person dies. Now, not only are healthcare workers at risk of contracting the virus, but medical examiners, morgue technicians, and people who work in funeral homes. 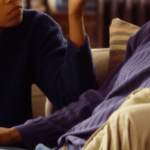 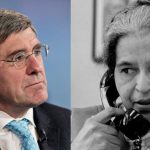