Aliko Dangote, Nigerian business tycoon and billionaire, is both the richest man in Africa and the richest black man in the world.  With a net worth of almost $15 billion, Dangote continues to grow his fortune on the back of investment in flour, cement, and sugar.

He was born into a wealthy Muslim family in Kano, Kano State, Nigeria on the 10th of April 1957. He is the great-grandson of Alhaji Alhassan Dantata, who was the richest West African at the time before his death in 1955.  According to Aliko Dangote, he has always been drawn to business, even when he was young and knew nothing about business at all. He could remember, while in primary school, that he would buy cartons of sweets [candy] and would start selling them to his classmates just to make money. He was so engrossed in business and perhaps that has landed him where he is today.

Aliko Dangote is not your ordinary businessman, he’s also an ambitious investor. No wonder no one has come close enough to claim his title. He is the richest black man in the world,  and is often referred to as ‘Africa’s Warren Buffet’.

His business career started after he finished from Al-Azhar University, Cairo, Egypt, studying business studies and administration. He borrowed $3000 from his uncle to import agricultural commodities to sell in the country. His business began booming so quickly that he got the recognition he deserved and managed to repay his uncle immediately. From there, he attracted many investors and overthrown the richest man in Africa at that time, an Ethiopian man, leaving every entrepreneur where he first met them. Moving forward, he started building an empire and founded the Dangote Group, one of the largest private-sector employers in Nigeria today, and spread his wings to other parts of Africa.

Dangote earns his money mainly from investments in cement, flour, and sugar. Today, He has the third-largest sugar refinery in the world. And recently, he has been crowned Africa’s undisputed King of Cement, which he produces in 14 countries all across Africa. Aliko Dangote, upon completion of the refinery he is currently building in Lagos, Nigeria, will be the largest exporter of crude oil in Africa, a feat that will make him overtake many other billionaires ahead of him on the Forbes list. 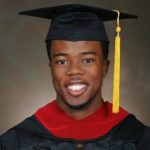 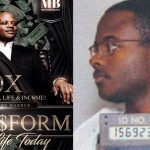