Carl Maxie Brashear was a greatly decorated United States Navy sailor. He was a U.S. Navy master diver, surging to the position in 1970, even after having his left leg amputated in 1966. The film Men of Honor was based on his life.

Born in Tonieville, Kentucky on January 19, 1931, Brashear was the sixth of eight children to sharecroppers parents.

While attending diving school in Bayonne, New Jersey, Brashear encountered hostility and racism. He found notes on his bunk saying, “We’re going to drown you today, nigger!” and “We don’t want any nigger divers.” Brashear received encouragement to finish from Boatswain’s Mate First Class Rutherford, and graduated 16 out of 17.

Brashear first worked as a diver obtaining approximately 16,000 rounds of ammunition that fell off a barge which had broken in half and sunk to the bottom. On his first tour of shore duty in Quonset Point, Rhode Island, his duties included the salvaging of airplanes (including one Blue Angel) and recovering multiple dead bodies.

Brashear was selected to escort the presidential yacht the Barbara Anne to Rhode Island. He met President Eisenhower and received a small knife that said, “To Carl M. Brashear. From Dwight D. Eisenhower, 1957. Many, many thanks.” After making chief in 1959, he stayed at Guam for three years doing mostly demolition dives.

In January 1966, in an accident now remembered as the Palomares incident, a B28 nuclear bomb was lost off the coast of Palomares, Spain, after two United States Air Force aircraft of the Strategic Air Command (SAC), a B-52G Stratofortressbomber and a KC-135A Stratotanker aerial refueling aircraft, collided during aerial refueling. Brashear was serving aboard USS Hoist (ARS-40) when it was dispatched to find and recover the missing bomb for the Air Force. The warhead was found after two and a half months of searching. For his service in helping to retrieve the bomb, Brashear was later awarded the Navy and Marine Corps Medal – the highest Navy award for non-combat heroism.

During the bomb recovery operations on March 23, 1966, a line used for towing broke loose, causing a pipe to strike Brashear’s left leg below the knee, nearly shearing it off.

BMCM (MDV) Brashear retired from the U.S. Navy on April 1, 1979, as a master chief petty officer (E-9) and master diver. He then served as a civilian employee for the government at Naval Station Norfolk, Norfolk, Virginia, and retired in 1993 with the grade of GS-11.

The film Men of Honor was based on his life. 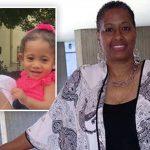 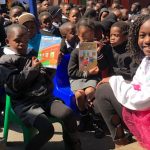