Dr. Laurence’s goal was to educate the children of poor, black farmers and former slaves who did not have the means necessary to send their sons and daughters to school. In order to do this, he accepted tuition in the form of goods from his students’ farms.At first, the young professor focused on developing his students’ life skills. He wanted them to be able to support themselves, before moving on to academic subjects.

His passion for his students was so strong that not even tornadoes, financial difficulties, or an attempted lynching could stop his work.

In fact, in 1918, Laurence was not only able to survive a near-lynching but he was also successful in convincing the all-white mob to collect money to donate to the Piney Woods School.

In a book Dale Carnegie wrote titled “How to Stop Worrying and Start Living,” Dale recounted the story of Laurence and the angry mob that he swayed in his favor. Laurence told Dale, “no man can force me to stoop low enough to hate him.” 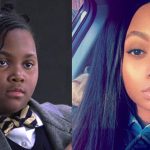 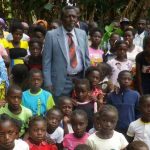