Talk of the present day ‘King Solomon’ and Francisco Tchikuteny Sabalo, will be the perfect person for that title.

The man from Angola who’s also known as Pai Grande, or Big Dad, has died last Tuesday of prostate cancer and he has been laid to rest on April 19, 2020.

Before his death, ‘Big Dad’ married 42 wives out of which he had 156 children, and the children also gave him 250 grandchildren.

VOA News reports that his funeral drew a crowd of at least 1,000 people – including most, if not all, of his 156 surviving children and 250 grandchildren – to  pay their respects.

Mourners for Francisco Tchikuteny Sabalo embraced, wept, sang and stood shoulder to shoulder, despite calls for social distancing and a presidential ban on gatherings of 50 people or more during the COVID-19 pandemic.

Tchikuteny, who was in his early 70s, died last Tuesday of prostate cancer, relatives told VOA’s Portuguese Service. He had sought treatment in Luanda and elsewhere more than a year ago, said one of his sons, Lumbaneny Sabalo, but decided to return home so that “if God called him, at least he would die beside the children and their mothers.”

He was “a complete human being” who prized family and championed education, one speaker said during the service, held beneath sun-screening canopies on arid Giraul do Meio, known locally as Mungongo Island, near the southern port city of Namibe.

Tchikuteny was a Christian who belonged to the New Ecclesiastic Order of Angola, a relative said. He was buried in a nearby cemetery newly dedicated to his family.

Angola law prohibits polygamy, but it is widely practised in the predominantly Christian country.

First wife Eva Domingos Bartolomeu told VOA that she hoped to keep the family united, according to Tchikuteny’s wishes. “I will do anything to keep his children fed and OK,” she said. 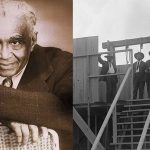 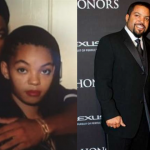