Earl G. Graves, Sr., the founder and publisher of Black Enterprise Magazine, has passed away after a long battle with Alzheimer’s. Graves was 85-years old and was one of the most influential and well-known executives in the world.

Graves was born on January 9, 1935 in Brooklyn, New York. Later he attended Morgan State University where he earned a Bachelor of Arts degree in economics in 1958.

Graves was widely considered to be the ultimate champion of black business, launching Black Enterprise in 1970 to not only chronicle the rise of African American entrepreneurs, but also provide the tools for African Americans to succeed in the business mainstream and  “achieve their measure of the American dream.”

From 1990 to 1998, Graves was CEO to Pepsi Cola bottling franchise in Washington D.C

He received the NAACP’s Spingarn Medal in 1999.

In 2002, Graves was named as one of the 50 most powerful and influential African Americans in corporate America by Fortune magazine.

As a fellow publisher and co-founder of BlackCultureNews.Com, Black Enterprise inspired me growing up. I remember walking to Barnes and Noble and I’d read Black Enterprise from cover to cover. I’d leave feeling truly empowered. Black Enterprise continues to inspire millions of people all over the world.

Black Enterprise represented class, success and was a beacon of light for the Black community.

Earl G. Graves, Sr, we thank you for your dedication, commitment and your innovation. Your contribution to society will never be forgotten. Thank you. 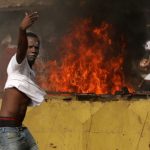