The Coroner’s Office on Friday said Stokes had tested positive for COVID-19 and died the previous day.

In addition to his music career, Stokes had also worked as the “in school suspension coordinator” at Arthur Ashe Charter School in Gentilly since July.

“Our school community is devastated,” said Sabrina Pence, the CEO of FirstLine Schools, the charter organization that operates Arthur Ashe.
Stokes left work on March 9 with a fever, Pence said, and did not return.

“We strongly encouraged anyone that had any type of symptoms — fever, cough, not feeling well in any capacity — to stay home,” Pence said.

Stokes chronicled the first parts of his fight against the infection on social media. His Facebook feed shows that he went to the Ochsner Urgent Care-Lakeview facility on March 9. His temperature was 102.4 degrees, he said.
When someone messaged that he should follow the doctor’s orders, he replied, “I will. I don’t mess around with my health.”

By March 11, he’d been admitted to University Medical Center. His final Facebook post consisted of four words — “pneumonia not the flu” — and an emoji wearing a medical mask.

Outside of his duties at Arthur Ashe, Stokes was widely known for his life in music. Over the years, he worked at various radio stations. His “Bounce 104.5” show was reportedly one of the first radio mix shows dedicated to New Orleans bounce music. 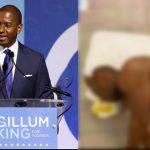