Colin was born on April 11, 1908 in Poughkeepsie, New York. Her parent were a interracial couple. Her father was an attorney who headed the Duchess County Bar Association. Bolin’s father cared for the family after his wife’s sickness and death, which happened when she was a child.

Bolin’s family own their own law practice in her home city. She worked for her the family business before marrying attorney Ralph E. Micelle in 1933 and moved to New York.

On July 22, 1939, 31-year old Bolin became the made history again as the first African-American email judge in the United States. She retired from the bench at 70. She truly loved her career. Bolin died in Long Island City, Queens, New York, on January 8, 2007, at the age of 98.

We thank you Jane Bolin for breaking barriers, making history and becoming an inspiration to millions of people all over the world. 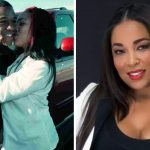