Josie Harris who has 3 children with the boxer Floyd Mayweather was found dead at her home in valenica, Ca on monday night, Law enforcement officials were called to the home of Joise Harris around 9:30 and she was found unresponsive in her car

She was later pronounced dead at the scene a investigation has opened to find out what has happened.

Josie and Mayweather had a tumultuous relationship and back in 2010 and he later did 2 months behind bars for a domestic violence incident. 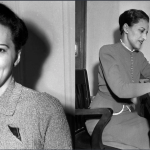 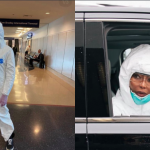