According to CNN, Jeremiah Cribb, a North Carolina FedEX worker is happy to still have life after falling 75-feet off of an interstate highway. Get this, He was able to walk away from the incident with just a couple broken bones.

Crib was trying to be a good samaritan after he saw a driver stalled while working shift. He assisted the motorist but during the course of trying to help, saw an 18-wheeler coming straight for them. He jumped over the side of the Interstate 85 bridge expecting for a leveled, grassy median to be on the other side.

“I was flashing my light on and off, and he was in the left lane,” Cribb told CNN affiliate WSOC TV of the tractor-trailer driver. “He didn’t merge, and we didn’t know if he was gonna hit the car. But, I kinda had a feeling that he was, and he smashed into the car.”

He was still conscious while being transported to the hospital by the fire department. Cribb has broken bones and a collapsed lung. While recovering, a GoFundMe has been set up to help towards medical expenses and financially help due to him going to be out of work for a few months. 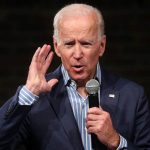