It all began with Target showing love to Honey Pot with a Black History Month commercial, highlighting the brand. “the reason why it’s so important for Honey Pot to do well is so the next black girl that comes up with a great idea, she could have a better opportunity and that means a lot to me.” Says Bea Dixon, Honey Pot Founder.

A group of what appears to be white supremacists took offense to that statement, calling it “racially divisive.” They left a ton of negative reviews of the product on the website Trustpilot, which led to the company’s reviews to be suspended.

Black Twitter and IG called out the fake and racist reviews and showed love to the company on social media and the TrustPilot page. Since this controversy, the company’s sales have doubled since receiving the negative reviews according to Buzzfeed News.

Honey Pot’s CEO, launched the plant-based feminine hygiene line in 2014, said that sales across the company’s retailers have jumped 20% to 30% since the backlash began over that Target commercial.

A Target spokesperson told BuzzFeed News that they were aware of “some negative comments about the campaign, which aren’t in line with the overwhelmingly positive feedback” that they have received from guests who “love and have been inspired by Bea’s story.”

What do you think about this story? 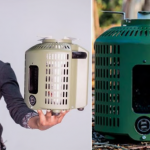 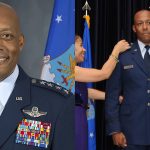