A man from Arizona has died after taking the medication that Donald Trump had declared as a possible treatment for COVID-19, Banner Health reports. His wife is currently in critical condition. The couple is in their 60s.

The Arizona couple ingested chloroquine phosphate, an additive that’s commonly used at aquariums to clean fish tanks, became sick within 30 minutes, and were rushed to a nearby hospital. They may have felt compelled to try the drug after Trump said during a White House press conference last week that the FDA will start conducting tests on chloroquine or hydroxychloroquine to determine its effectiveness in treating coronavirus.

Trump said that since chloroquine, which has been utilized to treat malaria, has been around for a while, “we know if things don’t go as planned it’s not going to kill anybody.” FDA Commissioner Stephen Hahn tried to warn people that the drug would first need to undergo testing that would last “the next couple of weeks” in order to figure out the appropriate dosage to administer since each patient’s circumstance can be different.

“We will collect that data and make the absolute right decisions based upon those data about the safety and efficacy of the treatments,” Hahn said. “What’s also important is not to provide false hope. We may have the right drug, but it might not be in the appropriate dosage form right now, and it might do more harm than good.”

Even though doctors in China, France, and South Korea have also reportedly seen positive results from chloroquine in a small sample size, Trump called the drug a “game changer” at his press conference, and doubled down on his proclamation days later on Twitter.

“Given the uncertainty around COVID-19, we understand that people are trying to find new ways to prevent or treat this virus, but self-medicating is not the way to do so,” Dr. Daniel Brooks, Banner Poison and Drug Information Center medical director, said. “The last thing that we want right now is to inundate our emergency departments with patients who believe they found a vague and risky solution that could potentially jeopardize their health.”

Nigeria has seen two cases of chloroquine poisoning since Trump first spoke about the drug. 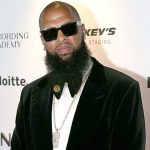 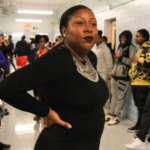