Shikira Edwards, a waitress from Memphis received a big $4k tip but haven’t received the money from her job.

Shikira Edwards told her manager that a customer left her the tip at Denny’s. Edwards did not get her money.

“I’m just hurt that they would tell me something like this as a business and as being the owner to tell me that this is the only resolution as to look at if I’m wrong to ask for something I know I deserve,” said Edwards.

A few weeks later Edwards said the manager told her she had to track down the customer to make sure it was legit.

“You’re going to tell me that it’s my fault that I didn’t get the information on a customer when they left and tipped me,” Edwards said. “I don’t know who tipped me.”

Edwards said she wouldn’t be surprised if someone at the restaurant tried to keep it for themselves.

“I wouldn’t be surprised if because of what they’re going through already that they need it more than I do,” Edwards said.

According to Edwards, this business is short on staff, low on supplies and employees don’t want to be there because of other problems.

In a statement sent to FOX13, a spokesperson for Denny’s said:

“Denny’s is working diligently with our Banking/Credit Card Department to locate the guest and verify the large tip amount. The restaurant located at 7065 Winchester Road in Memphis, TN scored a 99% during their latest health inspection on Tuesday, February 18, 2020.”

After this story aired during our earlier newscasts on Friday, the owner of the Denny’s reach out to FOX13.

He said that what Edwards is saying is wrong. He said they were told to cancel the transaction from that bill because they couldn’t find out who left the tip. So, in case it was on accident they canceled it. 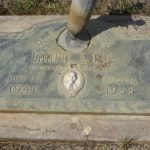 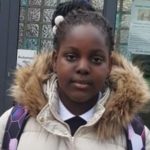