After hundreds of horrible years, the U.S. has finally made lynching a federal hate crime.

Rep. Bobby Rush (D-Ill.) introduced the bill, naming it the Emmett Till Antilynching Act after the 14-year-old boy who was lynched in Mississippi 65 years ago, Vice reports. It’s also been 120 years since Congress first considered passing anti-lynching legislation.

“The importance of this bill cannot be overstated,” Rush told NBC. “From Charlottesville to El Paso, we are still being confronted with the same violent racism and hatred that took the life of Emmett and so many others. The passage of this bill will send a strong and clear message to the nation that we will not tolerate this bigotry.”

Rep. Bennie Thompson (D-Miss.) represents the district where Till was abducted and killed. “No matter the length of time, it is never too late to ensure justice is served,” Thompsons told NBC.

The country’s only black congressman, Rep. George Henry White, proposed an anti-lynching bill in 1900, at a time when lynchings of black people were uncontrolled, especially in the South. More than 4,000 black people were lynched in 12 Southern states between 1877 and 1950, according to Vice.

Rep. Rush rushed the bill so it would be passed during Black History Month. 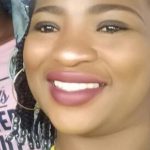 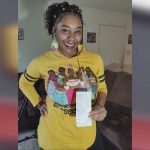