African American riders were never talked about till now and how they were apart and contributed to American motorcycling culture. Ther is an incredible story in starting to emerge through books like Soul On Bikes and Black Chrome exhibit at California African American Museum.

Sonny Barger formed the Oakland Hells Angels in 1957. A young black biker rider from Louisiana named Tobie Gene Levingston was to join his footsteps. the two got along and respected each other and had been riding together in the same east bay neighborhood.

In 1959, Tobie Gene was the first to organize the dragons an all-black men’s club. the first of its kind. This was also a way to keep their brothers out of trouble and have something to do and enjoy. the dragons became ten-strong bikers including members like MacArthur, Hooker, Tobie’s brothers Joe Louis and Jonas, Baby Joe, Sam and Cousin Rabbit. Tobie Gene became the East Bay Dragons MCs first and the only president, still reigning and riding after forty-four years. 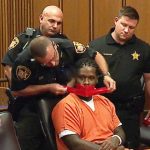 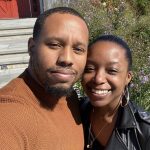