Dr. Patricia Bath, a pioneering ophthalmologist best known for her efforts in bringing a more precise treatment of cataracts, died recently at the age of 76. She was the first female African American doctor to receive a medical patent following her innovative treatment discovery for treating cataracts with more precision.

Dr. Bath was born on November 4, 1942 in Harlem, New York. Her father worked in the city’s subway system and her mother was a domestic worker.

Young Patricia Bath was a phenomenal student who excelled in academics. She received a National Science Foundation Scholarship while she was just a teenager and completed high school in only two and a half years. After studying physics and chemistry at Hunter College, she went on to attend Howard University’s medical school and graduated in 1968.

Dr. Bath became the first African American woman to study at Columbia University where she completed a fellowship in 1970. In 1973, she completed her residency training at the reputed New York University. Following her remarkable academic journey, Dr. Bath went on to join UCLA Medical Center’s ophthalmology team, where she was not just the first Black female surgeon on staff but was also the first woman on the faculty of the Stein Eye Institute.

The most impressive achievement of her amazing career was when in 1980, Dr. Bath joined the team that was researching the use of lasers in ophthalmology. Her research resulted in groundbreaking methods to tackle cataracts, which she patented in 1988.

Aside from patenting the Laserphaco Probe, which is short for “laser photoablative cataract surgery”, Dr. Bath held five other U.S. patents and authored more than 100 papers. Despite retiring from UCLA in 1993, she still traveled the world and delivered lectures as well. 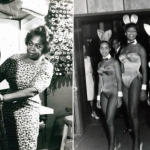 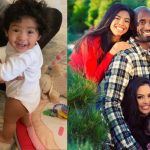