Carl Stokes was born on June 21,1927 in Cleveland,Ohio. He was a lawyer and politician, who became the first Black American to serve as mayor of a major U.S. city. Stokes was elected to that office in Cleveland, Ohio in 1967.

As his father died when Stokes was child, he held many odd jobs to help support his family. He even dropped out of high school to work and later served in the U.S. Army during World War 2. After he received his high-school diploma, Stokes studied law at the University of Minnesota and graduated with a bachelors degree in 1954. He attended Cleveland-Marshall Law School in 1956 and passed the bar in 1957. During this time, Stokes became highly involved in the Democratic Party and the Civil Rights movement.

Carl Stokes was elected mayor of Cleveland in November 1967. He later became a news anchorman, judge, and a United States Ambassador.

This is an amazing feat. Carl Stokes made Black history and we thank you for pushing Black excellence to new levels. Your achievements will never be forgotten. 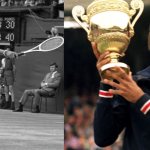 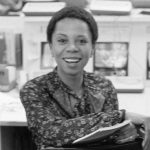