In 1968, Ashe became the first black man to win the U.S. Open. Two years later, he won the Australian Open for his second Grand Slam title.

Arthur Ashe is an African American tennis player who won three Grand Slam singles titles. He was born July 10, 1943 in Richmond, Virgina. He was one of two children. Ashe’s mother died from complications related to pre-eclampsia at the age of 27. His father a caretaker-special Policeman and handyman. Ashe Sr, encouraged Arthur to excel in both school and in sports. The Ashes lived in the caretaker’s cottage in the grounds of 18-acre Brookfield park, Richmond’s largest blacks-only public playground, which had basketball courts, four tennis courts, a pool and three baseball diamonds. Ashe started playing tennis at 7 years of age and began practicing on the courts where his natural talent was spotted by Virginia Union University student and part-time Brookfield tennis instructor, Ron Charity, who as the best black tennis player in Richmond at the time, began to teach Ashe the basic strokes and encouraged him to enter local tournaments.

After his retirement from tennis in 1980, he suffered a heart attack. He wrote and published the three-volume book A Hard Road to Glory in 1988 speaking in depth on the struggles of Black athletes in America. Ashe died of AIDS-related complications on Feb. 6, 1993. He caught the disease from a blood transfusion following double-bypass surgery. The U.S. Open’s are home court was named Arthur Ashe Stadium in 1997.

On June 20, 1993, Ashe was posthumously awarded the Presidential Medal of Freedom by the United States President Bill Clinton. 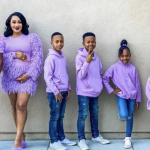 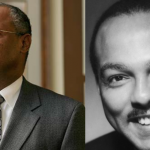