Anne Raven Wilkinson, a dancer who was the first African-American woman to dance for a major classical ballet company. In 1955 Anne broke the color barrier signing with Ballet Russe de Monte Carlo.

Anne Raven Wilkinson was born on November 2, 1935 to Anne James Wilkinson and Frost Bernie Wilkinson in New York City. Both of her parents were born and raised in South Carolina but moved north to pursue their educations. The family eventually settled in then-middle-class Harlem, New York to open Raven’s father’s dental practice; the office was directly across the street from what would become the Dance Theatre of Harlem, foreshadowing Wilkinson’s future in dance. Dr. Wilkinson was known for his equal treatment of black and white patients, sowing the seeds of equality early as an example to his daughter.

When Wilkinson was five years old, her mother took her to see the Ballet Russe de Monte Carlo perform in New York City. Upon recollection of her introduction to ballet, she shares, “[Ballet Russe de Monte Carlo] did Coppélia, and I remember being so overwhelmed by the orchestra, the curtains, the lights, that I started crying.”  Her mother soon enrolled her at the Dalcroze school to begin her formal training. Four years later, she enrolled at the Swoboda school, which came under the management of Ballet Russe director Sergei Denham in 1951.  Wilkinson auditioned for the company many times, but was not initially invited to join, presumably because of her race. That is, until her fourth attempt.

“Frederic Franklin gave the audition class. [In 2013], just before Mr. Franklin passed away, I went to visit him in the hospital. He said to me that the day of that audition, he went to the company staff and said, ‘You just have to take her—she’s a beautiful dancer.’ That was the first time he’d ever told me that… Mr. Denham took his advice. After the audition, he said to me, “How would you like to be in the Ballet Russe de Monte Carlo?” I almost fell over!”

Wilkinson’s entrance into the company in 1955 marked the first time the Ballet Russe de Monte Carlo hired a black dancer—in the height of the Jim Crow era.

Wilkinson’s first two years in the company passed without incident. She performed across the United States and was promoted to soloist in her second season. There was a generous percentage of international dancers in the company, “so most of the time [she] didn’t have to worry too much” about discrimination or racial prejudice.  But when the Ballet Russe de Monte Carlo toured the South in the 1950s, problems started to arise.

“I remember one time in Montgomery, Alabama, the tour bus rolled into town, and everyone was running around with white robes and hoods on. They stopped traffic, there were so many of them. There was a rapping sound on the bus door, and this man jumped on in his hood and gown. Several big strapping male company dancers got up and moved toward him. He threw a fistful of racist pamphlets all over the bus before they chased him out.”

When such incidents occurred or appeared likely, Wilkinson’s peers stepped in to protect her. “[I]f it looked like there might be trouble after a show, company boys would appear at the stage door to escort [her] back to the hotel.” Although she wasn’t always welcome in the American south, she always felt at home with the company.  In a time when her own country rejected her for skin, the dancers were her family, her protectors, and her biggest fans.

After seven years of dancing with the company, Wilkinson resigned, much to the chagrin of Sergei Denham. She searched for work in other companies, but was never offered a contract—New York City Ballet’s George Balanchine told her she “was not his type of dancer”, American Ballet Theatre’s Lucia Chase “barely looked” at her, and the Met Opera Ballet’s Alicia Markova “acted as if [she] didn’t even exist” during her audition.  After one brutal rejection after another, Wilkinson chose to retire her pointe shoes and entered a convent. Two years later, she had an epiphany:

“Shortly after that I realized I had to look more closely at myself. The idea of working in a convent to glorify God made me see that I had been given a great gift, a wonderful opportunity to dance, and I had not yet used that gift to its fullest. I needed to go back and fulfill what I’d yet to fulfill. So that’s what I did.”

She began by doing a simple barre at home, and later returned to formal classes. Soon after, Sylvester Campbell of the Dutch National Balletsuggested she dance in Holland. They sent her a contract to begin the following September.

Her experience in Europe differed greatly from that in the United States. Wilkinson danced with the Dutch National Ballet from 1967-1974. She faced little to no racism in Holland because a “history of slavery didn’t exist there and, by implication, the institution of racism” was also non-existent. The Dutch people were “more concerned about who you were than what you were.” After 7 years with the company, dancing everything from Sleeping Beautyto The Firebird, she retired at 39 due to a mandatory retirement age. Although the company offered to pay for her teacher training, she yearned for home. She returned to the United States 1974, and joined the New York City Opera, where she still experienced racial prejudice from artistic staff members. Nevertheless, she asserted that she is glad she returned to the US.

“I love my country and I’m glad to be living here. Whatever the problems are, and there are many, at least people are trying to do something about them. That’s the kind of spirit I love about this country.”

Wilkinson continued to perform and dance at age 82, although she “organically retired” from the Opera in 2011 when it folded.  She served as a mentor to American Ballet Theatre principal dancer, Misty Copeland, until her passing in 2018. 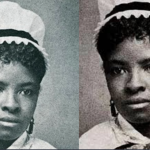 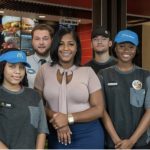