George Poage was born on November 6, 1880. Although he was born in Hannibal, Missouri, his family moved to La Crosse, Wisconsin in 1884. Poage attended La Crosse High School and excelled as both a student and an athlete. In fact he was deemed the top athlete at the school and, in 1899, was a salutatorian, becoming the school’s first African-American graduate.

George Poage attended the University of Wisconsin and after competing with the freshman track team in 1900, he joined the varsity track and field team during his sophomore year. He was the first Black athlete to run for UW.

The Milwaukee Athletic Club sponsored Poage to compete in the 1904 Summer Olympics in St. Louis, Missouri. Top African-American leader had called for a boycott of the games to protest racial segregation of the events in St. Louis. Poage decided to compete in four events and beam the first African-American to medal in the Games by winning the bronze in both the 200-yard and 400-yard hurdles.

After the Olympics, Poage remained in St. Louis working as a school principal for a year before becoming a teacher at segregated Charles Sumner High School.

In 1920, Poage moved to Chicago where he worked in a restaurant for four year. In 1924, Poage was hired by the United States Postal Service and worked as a postal clerk for nearly thirty years. After his retirement in the 1950s he remained in Chicago until his death in 1962 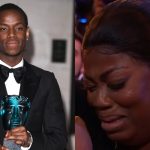 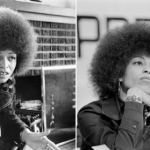