Hollywood legend Sidney Poitier was the first African-American to win an Academy Award for Best Actor, receiving the honor in 1964 for his performance in ‘Lilies of the Field.’

Sidney Poitier was born on February 20, 1927, in Miami, Florida. After his youth and time spent in the U.S. Army, Poitier moved to New York to pursue a career in acting.

He joined the American Negro Theater and later began finding roles in Hollywood. After his performance in the 1963 film Lilies of the Field, he became the first African-American to win an Academy Award for Best Actor. He also directed several films, including Buck and the Preacher and Stir Crazy. The critically acclaimed actor was knighted in 1974 and honored with the Presidential Medal of Freedom in 2009.

Poitier’s success as an actor reached new heights when he scored an Academy Award nomination for the 1958 crime drama The Defiant Ones, with Tony Curtis. The following year, he lit up the screen as a leading man in the musical Porgy and Bess, co-starring with Dorothy Dandridge. Both this film and his impressive turn in the 1961 film adaptation of A Raisin in the Sun helped make the actor a top star.

Poitier has received many honors during his legendary career. He was appointed a Knight Commander of the British Empire in 1974, which entitles him to use the title “sir,” though he chooses not to do so. In 2009 he received the Presidential Medal of Freedom from President Barack Obama. Two years later he was feted by the Film Society of Lincoln Center, earning the organization’s Chaplin Lifetime Achievement Award.

Poitier was married to Juanita Hardy from 1950 to 1965, and together they had four children: Beverly Poitier-Henderson, Pamela Poitier, Sherri Poitier and Gina Poitier. He is currently married to Canadian-born actress Joanna Shimkus, and they have two children, Anika Poitier and Sydney Tamiia Poitier. 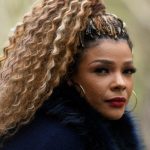 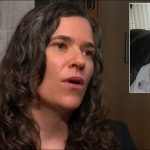