Terrence Franklin was fatally shot after he allegedly stole an officer’s weapon and wounded two officers.

Minneapolis, MN – The Minneapolis City Council has granted a $795,000 payday to the family of a suspect accused of stealing an officer’s duty weapon and shooting two officers.

The incident occurred on May 10, 2013, after 22-year-old burglary suspect Terrence Franklin fled from police and broke into another residence in south Minneapolis, KSTP reported.

Five Minneapolis Police Department (MPD) officers cornered him in the basement of the home, at which point Franklin allegedly snatched one of the officer’s guns away, according to KNOW.

A grand jury later cleared the officers of any wrongdoing, KSTP reported.

Investigators also found a gun hidden inside a sock near the scene of the shooting. DNA evidence linked Franklin to the weapon, which had been used during the robbery the day prior to the fatal shooting, Alpha News reported.

But in 2014, Franklin’s family filed a wrongful death suit, alleging that the officers lied about Franklin gaining control of the officer’s weapon, according to KNOW.

The lawsuit accused the officers of shooting Franklin while he was trying to surrender, and claimed that the two officers who were wounded were actually hit by friendly fire.

The lawsuit also alleged that one of the officers used a racial slur against Franklin prior to the shooting, Alpha News reported.

The MPD did not equip its officers with bodycams at the time of the altercation.

The family demanded to be awarded at least $2 million in compensatory and punitive damages, according to KNOW.

City Council President Lisa Bender said she believes this is the last time the city will have to pay such settlements now that officers are equipped with bodycams, KMSP reported.

“So, I think it’s time to move forward and really continue with the changes we’re making in the police department to make sure this doesn’t happen again,” Bender said.

The Minnesota Fraternal Order of Police (FOP) denounced the settlement in a statement later the same day.

“Disappointing doesn’t begin to describe this. This is a giant slap in the face to the police in Minneapolis and the communities they serve,” the FOP said. “The Minneapolis City Council just showed its true colors.”

“This payout is likely greater than the insurance policies offered the officers protecting the city,” the group noted. “This settlement, and the Council’s commentary suggestion about body cameras being the answer to cases like this is irresponsible, insulting and serves no purpose other than to stoke the fires set by a media whose objective is to demean and vilify the Minneapolis Police.” 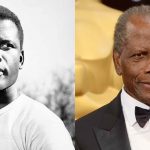 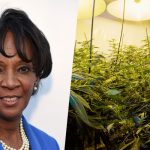