On Feb. 10, the Black News Channel (BNC) launched in select markets across the U.S. making it the only Black news station in the nation. According to a press release, the broadcasting station was founded by J.C. Watts, Jr. and Bob Brillante.

BNC — based in Tallahassee, FL — is dedicated to “culturally specific, intelligent programming that is informative, educational, inspiring, and empowering to its audience,” as stated in their press release. As an alternative to other national news broadcasting stations, the BNC will be the nation’s only provider of 24/7 news coverage dedicated to covering the unique perspective of African American communities.

Built on the tagline “Truth Illuminated,” the BNC is centered around telling a more holistic story.

“I have traveled around the country participating in interviews, serving on panel discussions, and sharing BNC’s mission and commitment to telling a more complete story of the African American community,” said BNC Chairman and co-founder J.C. Watts, Jr. in a press release.

The station will cover a wide range of topics including, politics, social discourse, and economics with the aim of closing the “image gap” and correcting negative African American stereotypes portrayed by mainstream media.

Currently BNC can be viewed on Spectrum, Xfinity, X-1 Platform, and Dish Network. For more information, visit the station’s site or follow them on their social media platforms. 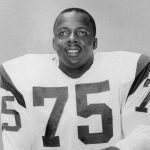 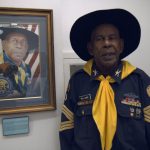