Cedric L. Berry, a 41-year-old man was in custody Monday after he allegedly abducted and killed a real estate agent. He lured her to a home she was showing on New Year’s Eve.

He was charged with second-degree murder and kidnapping in connection with the shooting death of Monique Baugh, a 28 year old agent at Kris Lindahl Real Estate in Minneapolis. Police said that Baugh was abducted at the home and driven in a rental truck to an alley where she was shot in the head.

Kris Lindahl set up a Go Fund Me campaign to raise money for Baugh’s two daughters, ages 1 and 3.

“The world lost someone amazing when Monique Baugh passed away on December 31st. Monique was a beautiful person who was kind and compassionate,” members of the real estate firm wrote on the Go Fund Me page.

The attacker has a long and violent gang history. according to court documents, Police believe Berry may have been a “rival” drug dealer to Baugh’s boyfriend.

“I cannot begin to describe how vicious the behavior was in this case,” Hennepin County Attorney Mike Freeman said in a statement. “We have charged Mr. Berry with setting a trap for Ms. Baugh, assassinating her at close range and shooting at her boyfriend while in a house with two small children. We are seeking high bail and will do all in our power to prove him guilty.” 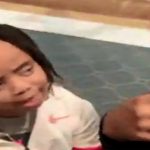 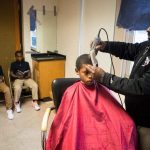