Here’s a piece of news you don’t hear every day. Almost everyone is at least vaguely familiar with the royal protocol, which is a must for the royal family. But it looks like Meghan Markle and Prince Harry no longer want to be a part of it, and they will reportedly QUIT being “senior members of the royal family.”

In a move unprecedented in modern royal history, a former actress turned Duchess Meghan Markle and Prince Harry are making huge changes. Ever since they started dating, they drifted away from normal protocol. even Harry marrying Meghan was a break from the royal protocol, given the fact that she has been divorced before

And they made it clear that they don’t want to abide by certain rules, and that they want their life as a family to take a different turn. So Meghan and Prince Harry have done a lot of things that they weren’t supposed to. And they didn’t care. And they suffered a lot of backlash for it. But now they want to take a step back from being “senior members of the royal family.” And they want to become financially independent.

The couple wrote on Instagram: “We intend to step back as ‘senior’ members of the Royal Family and work to become financially independent while continuing to fully support Her Majesty The Queen. It is with your encouragement, particularly over the last few years, that we feel prepared to make this adjustment. We now plan to balance our time between the United Kingdom and North America, continuing to honour our duty to The Queen, the Commonwealth, and our patronages. ”

They added that: “This geographic balance will enable us to raise our son with an appreciation for the royal tradition into which he was born, while also providing our family with the space to focus on the next chapter, including the launch of our new charitable entity.” 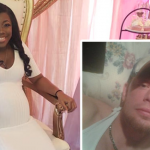 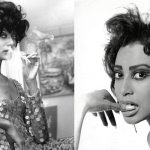