Mashayla Harper, a 24 year old teacher, lost her unborn child in a hit-and-run while driving home from her baby shower.

Harper was driving her Honda Accord close to Soso in Mississippi on Saturday when she was hit head on by a Nissan Titan pick-up truck.

James Cory Gilbert, the suspected driver of the truck, fled the scene and left the teacher lying on the side of the road, fighting for her life.

Gilbert has a history of at at least three DUI convictions that goes back to 2008. He was even convicted of felony DUI and possession of methamphetamine in 2015.

He admitted to police he had been drinking the day of the crash, and a small amount of marijuana was found in his abandoned truck at the scene of the accident.

“This one is more egregious because the suspect knew he struck someone and caused life-threatening injuries,” said Sgt. J.D. Carter of the Jones County Sheriff’s Department. “(Gilbert) truly fled.”

Gilbert was arrested later that night after the Sheriff called Gilbert’s wife and asked her to tell her husband to “do the right thing”. “I’m glad he came clean about it,” Carter said.

Gilbert was charged with leaving the scene of an accident that caused death or injuries and is being held on a $100,000 bond; however the charges and bond may increase pending the result of his blood tests.

When asked by court reporters why he fled the scene, Gilbert replied: “I was scared… I’m very sorry. I’m so sorry.”

After undergoing surgery Harper, a fourth-grade math teacher at South Jones Elementary School, was upgraded from critical condition to stable.

“To see our baby go from this being the happiest day of her life to I.C.U. in a matter of minutes was a complete tragedy,” her father Maurice Pruitt Sr posted on Facebook.

“That idiot hit her head on and left her out there on that road to die. We are grateful for the individual that happened to be in the area hunting to come to her aid, otherwise we may not be sitting in I.C.U. praying as she fight for her life…. She’s a very strong woman and she (will) continue to fight for her life.” 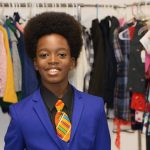 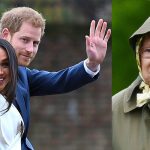