A Mississippi penitentiary unit housing violent inmates “has a failing infrastructure,” and while officials have moved hundreds of prisoners to a nearby private prison, 625 still need cells, the state Department of Correction says. The move comes more than seven months after a state health inspector visited Mississippi State Penitentiary at Parchman and, in a 154-page report, graphically documented crumbling, unsanitary conditions in which prisoners lacked power and water and it “rains inside” the cells of one unit. Following a series of clashes in the prison that left at least four prisoners dead — and later spurred rappers Jay-Z and Yo Gotti to assist prisoners in suing the state — the department last week said it had arranged for private prison firm CoreCivic Inc. to move 375 prisoners to Tallahatchie County Correctional Facility in Tutwiler, about 8 miles north of Parchman.

Numerous toilets were leaking or inoperable in the prison, the health inspector said. “The facility is already operational and sufficiently staffed to manage close custody inmates,” state corrections said Commissioner Pelicia Hall in a statement. “The department acted swiftly because of the violence at MSP and a lack of manpower to restore and maintain order. We also cannot staff any other facility.”The department has not responded to CNN’s email seeking comment and additional information. Problems have been reported throughout Parchman, where roughly 3,600 of Mississippi’s 19,000 inmates are incarcerated, but Unit 29, which can house 1,500 inmates, has the most issues, Hall has said for months.”This facility, originally constructed in 1980 and renovated in 1996, has become unsafe for staff and inmates due to age and general deterioration,” she wrote in an August budget letter. This isn’t the first time Hall has asked for help with the state’s prisons. In August 2018, she requested the FBI help investigate the deaths of 15 inmates in the span of a month.

Numerous other issues were reported throughout the prison, though judging from the report, the inspector found Unit 29 especially problematic. Among the most commonly cited issues: 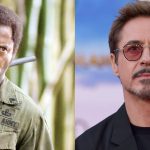 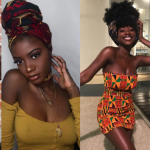