Initially, Willie Nash was booked in the Newton County Jail in Mississippi on with a misdemeanor charge but ended up being sentenced to 12 years for having a cellphone in jail.

Apparently, Nash didn’t know he was not allowed to have a cellphone while in jail, he asked another image to charge his phone for him. The other inmate took the phone and gave it to the sheriff’s deputy in charge.

Stated in court documents, Nash initially said the phone wasn’t his. However, the deputy unlocked the phone, using a code Nash provided, he found pictures of Nash and text messages sent that day.

Nash was convicted of possessing a cellphone in a correctional facility and on August 23, 2018, a judge sentenced him to 12 years in prison and he was fined $5,000.

Nash did not appeal the verdict, however, he challenged the 12-year sentence. Saying the sentence was grossly disproportionate to the crime and thus violated the Eighth Amendment.

On Thursday, the Mississippi Supreme Court upheld the conviction saying that Nash’s sentence of 12 years fell within the statutory range of the offense, according to the court.

The court ruled that while the sentence was “obviously harsh,” it was not grossly disproportionate, and the conviction and sentence would be upheld.

Presiding Justice Leslie D. King wrote that while he agreed that the court reached the correct ruling based on case law, he feels the case as a whole “seems to demonstrate a failure of our criminal justice system on multiple levels.”

King said it is possible that the jail’s booking procedure was not followed properly which resulted in Nash entering the jail with his cell phone.

He also pointed out that Nash voluntarily gave the jailer his phone which suggested that he was not aware that having the phone was prohibited.

Furthermore, the officer who booked Nash into the jail did not testify at the trail, leaving it unknown whether proper booking procedures were followed or not.

King concluded his separate written opinion with the following:

“Cases like Nash’s are exactly why prosecutors and judges are given wide discretion. Nash served his time for his previous convictions and stayed out of trouble with the law for many years. He has a wife and three children who rely on him. His crime was victimless, and the facts of the case lend themselves to an interpretation that his crime was accidental and likely caused by a failure in booking procedures. Nash did not do anything nefarious with his phone, and he certainly did not hide his phone from law enforcement. While I do not think this Court can find under the law that the trial court abused its discretion in sentencing, it is a case in which, in my opinion, both the prosecutor and the trial court should have taken a more rehabilitative, rather than punitive, stance.”
Presiding Justice James W. Kitchens joined in King’s opinion, and Associate Justice David M. Ishee concurred in result only with the separate written opinion. 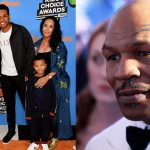 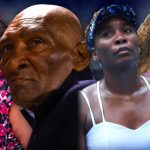