RICHARD Williams told his eldest daughter Sabrina, eight, he was going out to buy her a bike before walking out of the door, never to return, leaving wife Betty to raise their six children.

Just a few years later, Richard started a new life with another woman and had two girls, Serena and Venus, who went onto becoming tennis legends.

Now speaking for the first time about the famous Williams dynasty, Sabrina – a trainee chaplain – is telling all about her heartbreaking childhood.

Despite growing up estranged from her dad and famous sisters – she says she still has a lot of love for her family and hopes one day they can all meet and put the past behind them.

But the 55-year-old feels now is the time, to tell the truth about dad Richard, whom she says was a serial philanderer, and how she may have numerous secret brothers and sisters across the US.

“I know there are more siblings, I was told between fifteen and nineteen all over the place, from LA to Louisiana,” she told SunOnline.

“My mom always argued with my dad about his affairs, he was a serial cheat. I remember that was always the main thing they’d talk about.

“He is a selfish man, lives only for himself, he just uses his kids to get what he needs. He’s not a dad, he was just a sperm donor. He had five kids, and left them to my mom to grow up in poverty, and never once helped.”

This previously untold story starts in Los Angeles, where Richard, now 77, was living with his then-wife, Betty Johnson. She had one child from another relationship, Katrina Jones, 61, and they had five more – eldest Sabrina, Richard III, 53, Ronner, 52, Reluss, 51, and Renuka, 49.

“I had two childhoods, the childhood from one to eight was fantastic,” Sabrina recalled.

“I remember my dad being there, we didn’t want for anything. When I was with my dad, I was very happy.

“But my mom and dad did fight a lot, I won’t lie. The last fight I remember, my mum hit my dad with a frying pan as he was being aggressive to her and she was tired of it.

“I was eight when my dad left and said he was getting a bike for me and that’s the last I saw of him. My mom told me later that he’s never coming back. We went from having everything to nothing. The best dresses, parties, we’d go places. Now there was no new shoes or clothes. I thought I was dad’s favourite and he loved me to death.

“But once he left, within a year, we became very poor. There wasn’t always meals on the table. We went downhill. My mom became stressed out with six kids, trying to provide for us, she became aggressive.”

It was around this time, Sabrina was hearing about her much younger half-sisters Serena, 37, and Venus, 39, who were making their mark as tennis juniors.

“Everything around them was always hush-hush. If ever I was round at a relative’s house, it would be all quiet, like I was a spy. I think they did that as I was my dad’s first child, they didn’t want me to know what was really going on,” she says.

To save face with friends, she’d pretend they all got along.

Sabrina added: “I’d say I was still in contact with my dad, we went on vacations, but it was a lie. The unwritten law in our family: you don’t speak badly about the girls, who were then living in Compton.

“I didn’t meet Serena and Venus until I bumped into them by complete chance at Knott’s Berry Farm, a theme park in California when they were teenagers. I was with my work colleagues and I saw him and thought: ‘Hey, that looks like my dad’.”

“I went over, we exchanged hellos, and we hung out for an hour, that was it. He gave me his number and told me to call him, then guess what? The number he gave me was of order.

“But I always made excuses for him – maybe he couldn’t pay the bill. Another time, I got the number off my brother and, then after one or two calls, the line went dead. 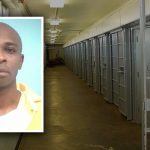 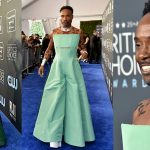